KZ RV will mark its 50th anniversary in 2022. Since 1972, they have brought families a unique lifestyle and adventure.

KZ RV started out as a gas station in the town of Middlebury, Indiana. Their very first product was a range of mounted caravans. Since 1975, the Sportsmen Truck camper has been the Ford F-150’s companion.

In 1979, KZ RV decided to build their first 10,000 square foot factory and, a few years later, another. It was the production of the fifth wheel trailers.

In the 90s, they were already building a third factory to manufacture travel trailers.

Then in 1995, their fourth plant, with more than 47,000 square feet, was set up to produce fifth wheel trailers built out of fibreglass.

Shortly thereafter, KZ RV had already opened a 133,000 square foot factory in order to double production by the spring of 2005 while adding more than 150 employees at the plant.

A year later, THOR Industries announced that it has entered into an agreement to acquire KZ shares. The partnership is therefore formed in order to better meet customer expectations and to be able to partner with a company that shares the same commitment and the same objectives. It is thanks to this product quality and the excellent relationships with customers and dealers that made THOR the ideal partner for KZ RV.

In 2015, 80,750 square feet were added to meet customer demands. The new state-of-the-art air-conditioned plant, located in the heart of KZ’s production complex, not only handled the rolling, but also the welding of aluminum and the assembly of small parts for several factories. This facility seeked up to 125 new jobs created by 2017, and the plant allowed KZ to maintain the high quality standards that customers expected.

A year later, the Venture Sonic X was recognized as the RV of the Year.

In the last two years, the firm has grown by an additional 30 acres. This is very promising for RV and KZ RV enthusiasts! 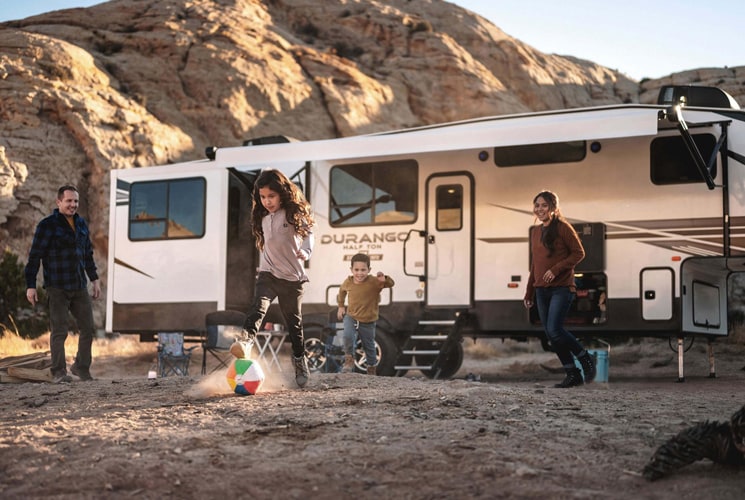 There are so many different types of RVs, there’s definitely something for everyone. But don’t let having so many choices overwhelm you; we’re here to help you sort through it all and figure out what you need and want.